As a recently new father, I have found it is far to easy to become overwhelmed with the 'Right' and 'Wrong' or "Do's' and "Do Not's' of parenting.

Everyone seems to have a strong opinion on what is good for your child and things that will harm their development like too much screen time.

Is Too much Screen time really a thing or is just hyped up based on the fact that we didn't have this technology when we were growing up so therefore played outside more.

My Daughter is not yet one and she loves anything with a screen, TV, Iphone, Bed Monitor, Ipad, Laptops etc.

Am I harming her development by letting her play/watch these or do we have to get with the times?

A study shows that kids today are playing outside less and less. Actually it shows that children are spending half the amount of time outside than we did when we were kids.

That stat to me was alarming. Are we doing enough to keep our kids active?

I think we will all agree that our kids playing outside has numerous advantages lot only the obvious physical, emotional and mental advantages but developing social skills, intake of vitamin D and developing their imaginations.

Now parenting isn't easy and I personally haven't experience the half of it so I am in no position to judge. But I did hear about several young boys that were addicted to gaming and spend nearly 24hrs a day inside. Their social skills have declined, becoming increasingly moody and have basically fallen into a virtual reality.

I can't help thinking that if these boys had been enrolled in a sporting club from an early age that their reality and future would be so much brighter.

If you haven't enrolled your children in a sporting club, check out the link below to see where your nearest Soccer Club is.

10 Secrets to Grow Your Club

5 Secrets to Buying a Soccer Ball....

Why the Soccer Ball Bladder is so important? 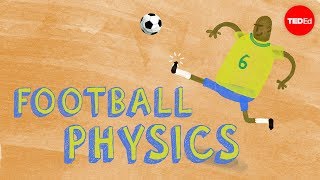 Bend it Better than Beckham

Branded Balls vs Custom Made Balls